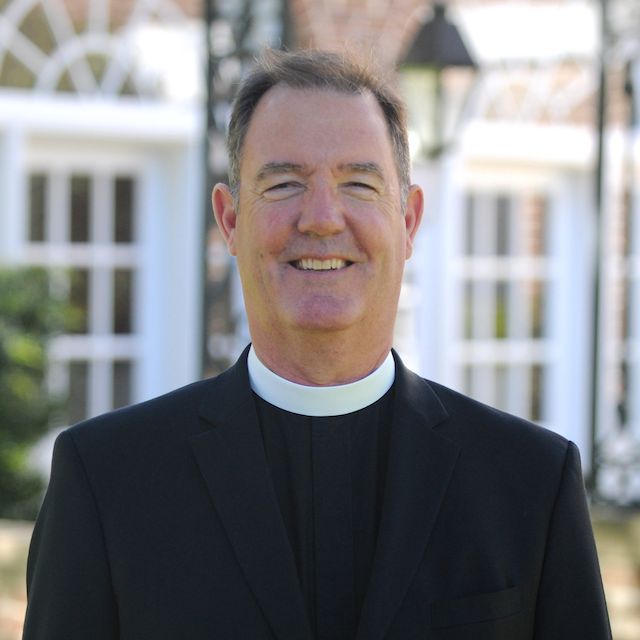 Gary is a native of Ohio, like half the coastal community of South Carolina. Gary traveled the world as a child of an Air Force officer/pilot, ending up by the Christmas of 1969 in Charleston, SC, as an 8-year-old. He was enrolled in Summerville Elementary and graduated from Summerville HS in 1979. Met his future wife Sue, who God incidentally was from Ohio,  in HS. They dated through his long four years at the Citadel and were married in 1984 at St. Philips Church in Charleston. After moving to Columbia, so Sue could attend USC and a short career in the steel business, Gary joined his mother in their burgeoning Home Health Care business. 25 years and three grown children later and after being ‘overly’ involved in their local church, St Paul’s Summerville, Gary, Sue, Parks, and Mary Grace were called to ordained ministry and seminary in Pittsburgh, Pa.

While in Pittsburgh, Gary joined the leadership team of South Side Anglican, an Anglican church plant, and there discovered one of his purposes for ministry, reaching the world with the good news of Jesus Christ. After serving there for two years and graduating, Gary and Sue were called back to the Anglican Diocese of SC and to plant a church in the growing Charleston suburb of Cane Bay/Nexton. For five years, they served alongside a growing and diverse group of new, lapsed, de-churched and mature followers of Jesus. St Timothy’s began in a living room, moved to an all African-American Reformed Episcopal church, and finally into a Baptist church and preschool. After filling in one Sunday at Prince George Winyah, Gary and Sue were invited to consider a call to join this church family. Two months later, and by the power of the Holy Spirit, they were called to serve! Gary’s hobbies include leading killer whale boat tours in the Pacific Northwest and spelunking. He and Susan have been married for 38 years and have three married children, two daughters-in-laws, and a son-in-law. They are blessed with three grandchildren; Marigold, Isaac & Fray, (with a fourth on the way!)