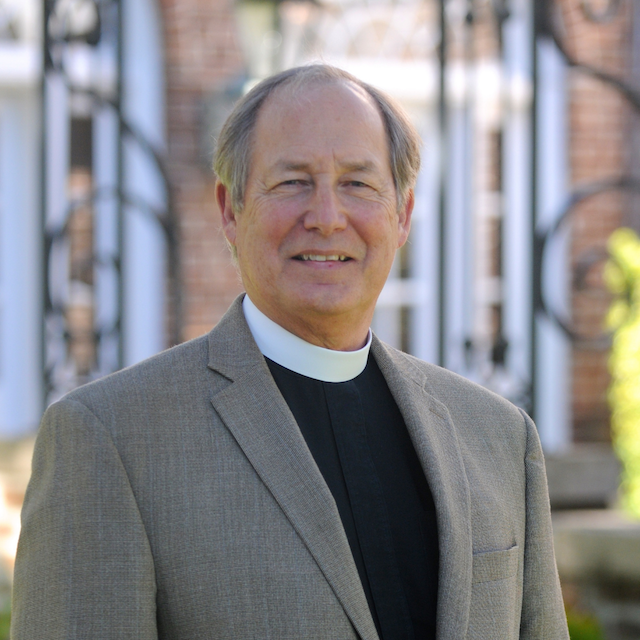 Senior Associate to the Rector

Mike, the seventh of eight children and the son of Bill and Dallas Lumpkin, was born in Pittsburgh, Pennsylvania, where his father served as Rector of Calvary Church, Pittsburgh. Six months after Mike’s birth, the Lumpkin’s returned to their home state of South Carolina. Back in South Carolina, he spent his first 22 years in the upstate town of Rock Hill. After graduation from The University of the South, Sewanee, in 1973, he was hired and trained by IBM’s Data Processing Division (DPD) as a Marketing Representative.

After a momentous spiritual awakening that took place over twenty-four months, he responded to a clear God-call to seek ordination to become a priest. Leaving IBM in 1979 he attended Virginia Theological Seminary. Simultaneously to this ‘call’, Mike met Ellen on a blind date! After remote dating during his first year in seminary, Mike and Ellen were married in 1980. Thus, in the fall of 1980, Mike returned to seminary with Ellen and Ellen’s son, Jeff, hers by a previous marriage….instant family! Jeanne was born while seminary education continued. Hope, their last child, was born their first year out of seminary, when Mike and Ellen accepted a call to St. Thaddeus Church, Aiken, SC.

After Aiken, Mike became Rector of St. Christopher’s Church, Spartanburg, where he served for ten years. In 1995, Mike and Ellen returned to their beloved Lowcountry when he accepted the call to become Rector of St. Paul’s Summerville. After retirement as a parish rector in 2014, there were five pleasant years living on Edisto Island and assisting as a priest ‘here and there’. In 2021, the Lumpkin’s accepted Gary’s call to come to Prince George Parish to serve as an associate in a ‘part-time-part-of-the-year’ capacity. It has been a wonderful and eventful first year here in Georgetown settling into a new home and a new lifestyle.

Athletics, boating and water have been life-long passions. When younger, Mike most enjoyed the team sports of football and basketball. These days, he continues to run/walk and get a regular workout to stay in some semblance of good condition. Added to these pastimes, Ellen and Mike love travel and look forward to more opportunities to ‘go and see’.